CBD an Introduction and History

CBD an Introduction and History

Cannabis plants contain 100+, naturally occurring active compounds called cannabinoids. Cannabidiol (CBD) is one of these compounds found in all cannabis plants, but more prevalent in the Hemp plant. The most well-known cannabinoid associated with marijuana’s psychoactive properties is Tetrahydrocannabinol (THC). Unlike THC, CBD does not cause a HIGH or STONED feeling.  There are two different types of Cannabis plants Hemp and Marijuana. These two plants differ in their cannabinoid types and levels, but come from the same plant Cannabis Sativa L. Both hemp and marijuana can be used to  produce cannabidiol products.

Throughout history the cannabis plant has been used for many things from medicine to paper, dating back to the ancient civilizations.

Archaeologists believe the plant species “Cannabis Sativa,” dates back 10,000 years. Taiwanese farmers were among the first to use Hemp, they used hemp seeds to condition their soil. These people also found that hemp seeds have high levels of protein, vitamins, and amino acids. During these times hemp seeds were used so frequently. They became essential to human civilization. Around 6,000 B.C. the oldest pharmacopeia “Pen Ts’ao Ching” mentions hemp and its uses. Its documented that the ancient Chinese found that cannabis plants have either male or female reproductive properties.  This was the beginning of understanding the difference between ‘hemp’ and ‘marijuana’

In 2737 B.C. Chinese Emperor Shen-Nung recorded using hemp oil as medicine. Text published, in Pen Ts’ao Ching suggests that the emperor extracted hemp oil from the plant’s seeds for pain treatment and made topical salves for treating skin rashes and irritation. In England under Henry VIII’s rule, Hemp was cultivated to make clothing and building materials. Then in 1616, settlers traveling from Europe brought hemp to North America. In 1619 it was documented that Hemp was cultivated for various purposes all over the United States. By the 1700’s hemp became prevalent on the continent of Africa. Amongst other uses, it was given to women before childbirth. In the 1800’s the medical use of hemp becomes more common in the US and Europe. Queen Victoria used CBD rich cannabis to treat menstrual pain.

Fast forward to 1900’s during the Mexican Revolution. With large amounts of Mexican immigrants coming to the US, who introduced the recreational use of cannabis and propaganda against these foreigners, sparked the criminalization of all cannabis products in the United States. This was a defining time in the cannabis industry and by the 1980’s marijuana cultivators worldwide were on one mission: to grow the most potent, most psychoactive cannabis on the market. Because of this, cultivation of plants that were rich in other cannabinoids like CBD was far less.

Then, in the 1980s, President Ronald Reagan poured millions of dollars into a study to prove that marijuana damages the human brain. But, rather than showing how marijuana harms the brain, the Reagan administration ended up subsidizing a series of studies that culminated in the discovery of the endocannabinoid system expanding our understanding of how cannabinoids interact with the human body.

Unlike its cannabinoid cousin, THC Cannabidiol (CBD) does not produce a psychoactive effect. This is because CBD does not affect the same receptors that THC does. The human body has an endocannabinoid system that receives transmissions signals from cannabinoids in the body.

CBD produces many beneficial effects on the human molecular pathway. As a matter of fact, there are more than 65 molecular targets of CBD in the body. A CBD rich product with little THC can convey therapeutic benefits without having a euphoric or dysphoric effect. In order for CBD to work properly, CBD SHOULD BE the main substance in any CBD Oil that you purchase.

Can you take too much?

There has been no known fatal overdose ever from cannabidiol, confirming it to be non-toxic. A study from 2011 indicated that humans can easily tolerate chronic use and high doses up to 1,500 mg/day. Furthermore the Department of Health and Human Services states. ‘No signs of toxicity or serious side effects have been observed following administration of cannabidiol to healthy volunteers’. (Cunha et al., Pharmacology 21:127-185, 1980) Even in large doses of 700 mg/day (Consroe et al., Pharmacol, Biochem, Behav. 40:701-708,1991)

Full Spectrum and the Entourage effect

Many CBD oils on the market contain only CBD, and others are “full spectrum” or “broad spectrum” these oils contain a range of cannabinoids such as CBN, CBC, CBG and THCA. It is believed that a wider cannabinoid spectrum can aid in what is known as the entourage effect. The belief that cannabinoids have greater therapeutic benefits when working together rather than acting as a single molecule. The interaction of more than one cannabinoid stimulates the endocannabinoid system and the molecular interaction.

*All of our Products are food supplements, not intended to prevent, cure, or treat any disease. 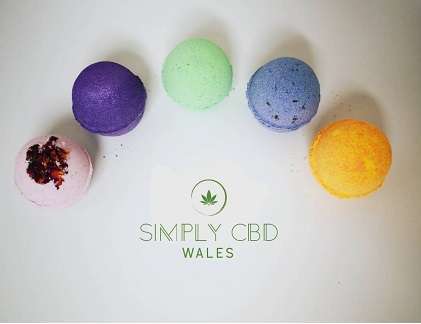 Whether you like a nice long soak in the bath or prefer a time-efficient shower, you cant take away the fact... read more

To be our best self, sleep is one of the most essential factors in influencing our well-being.  How we... read more

Can CBD boost your Immune System?

You’ve probably heard the term “immune health” This term is used to describe products and habits that are... read more

There are many things about CBD people aren't aware of, below are some of our most frequently asked questions. Is... read more

CBD and pain relief – how could it benefit you? CBD is very high in antioxidants, thus it has anti-inflammatory... read more

With health and fitness becoming extremely popular lifestyle choices today with almost a third of the population follow a... read more 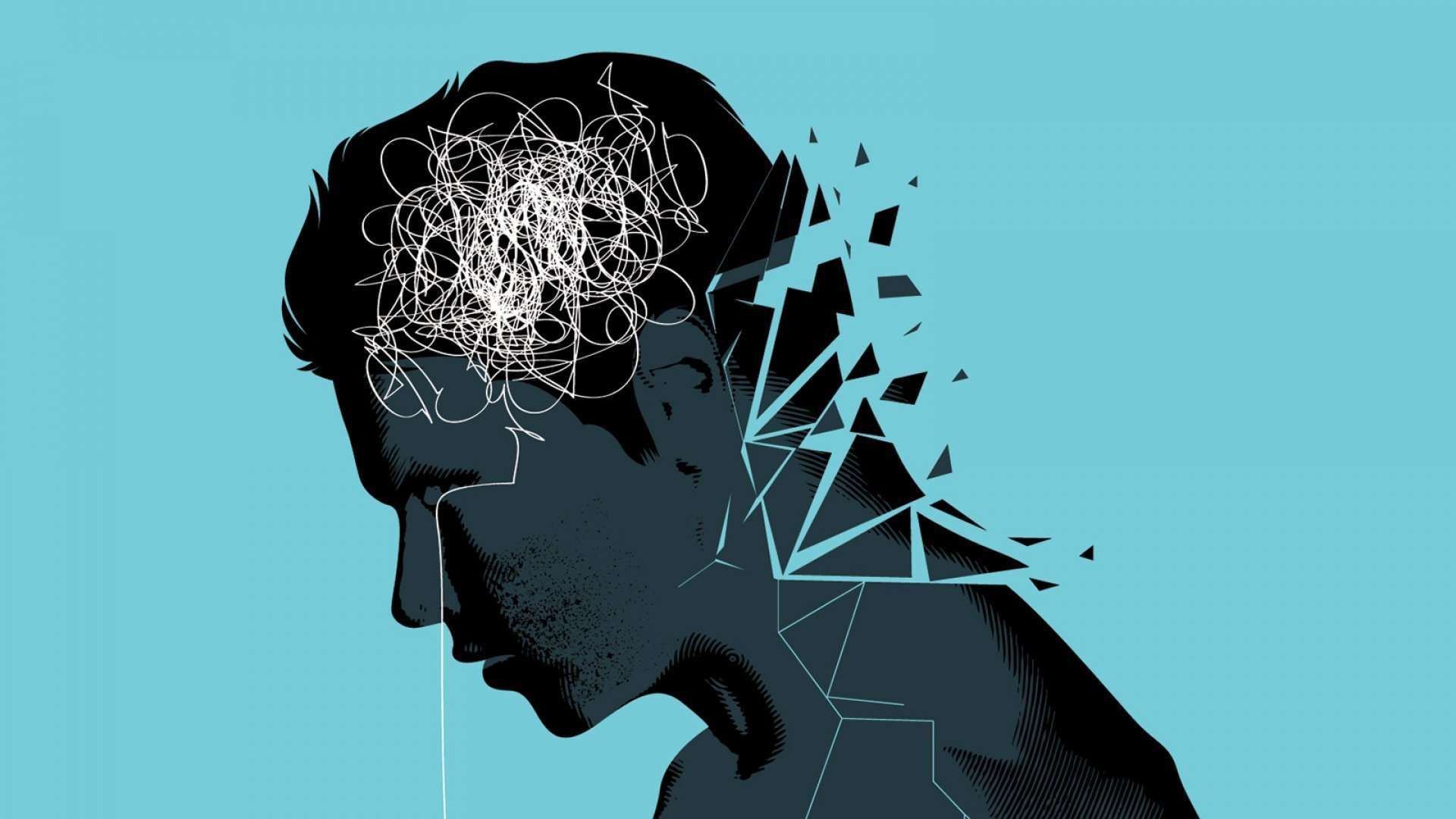 Anxiety is defined as feeling fearful or worried about something, often something mild and could be considered insignificant. To... read more

Unsure of CBD oil it's uses and benefits – not to mention its legality? Read on, the Cannabis plant... read more

Travelling with CBD what you need to know

We have gathered some useful information for Travelling with CBD, Cannabis legislation are changing quickly worldwide, so it is... read more

About CBD What we know

Whats the difference between cannabidiol and marijuana? CBD is the second most prevalent active ingredient of cannabis. CBD is derived... read more

We use cookies on our website to give you the most relevant experience by remembering your preferences and repeat visits. By clicking “Accept”, you consent to the use of ALL the cookies.
Cookie settingsACCEPT
Manage consent

This website uses cookies to improve your experience while you navigate through the website. Out of these, the cookies that are categorized as necessary are stored on your browser as they are essential for the working of basic functionalities of the website. We also use third-party cookies that help us analyze and understand how you use this website. These cookies will be stored in your browser only with your consent. You also have the option to opt-out of these cookies. But opting out of some of these cookies may affect your browsing experience.
Necessary Always Enabled
Necessary cookies are absolutely essential for the website to function properly. These cookies ensure basic functionalities and security features of the website, anonymously.
Functional
Functional cookies help to perform certain functionalities like sharing the content of the website on social media platforms, collect feedbacks, and other third-party features.
Performance
Performance cookies are used to understand and analyze the key performance indexes of the website which helps in delivering a better user experience for the visitors.
Analytics
Analytical cookies are used to understand how visitors interact with the website. These cookies help provide information on metrics the number of visitors, bounce rate, traffic source, etc.
Advertisement
Advertisement cookies are used to provide visitors with relevant ads and marketing campaigns. These cookies track visitors across websites and collect information to provide customized ads.
Others
Other uncategorized cookies are those that are being analyzed and have not been classified into a category as yet.
SAVE & ACCEPT